The ProDEI Symposium is a yearly event organized by the Doctoral Program in Informatics Engineering (ProDEI), from the Faculty of Engineering of the University of Porto (FEUP), in Portugal, to bring together the PRODEI community.

This event aims to present the potential and opportunities of pursuing a PhD as a career path. The program will feature testimonials from ProDEI alumni who have successful careers in industry, as well as a presentation on funding opportunities to support PhD studies, highlighting the annual scholarships offered by the FCT (Funding Agency for Science and Technology) for doctoral studies. After lunch, the keynote speaker, Professor Luís Paulo Reis, will deliver his keynote address entitled "There are more tides than sailors: A reflection on the importance of doing top-quality scientific research!". The event will conclude with presentations by ProDEI students who will share their challenges and accomplishments from the previous year, providing an opportunity for attendees to learn from the experiences of their peers.

The event will take place on the 8th of February in B032 room.

Invited Keynote: "There are more tides than sailors: A reflection on the importance of doing top-quality scientific research!"

The sentence “There are more tides than sailors!" can be used to highlight the scarcity of available top-quality and well-qualified researchers with the specific set of skills, knowledge, and expertise needed to define and develop the most promising and high-impact projects. Just as there are many tides but relatively few skilled sailors capable of navigating the most challenging and complicated ones.

As Artificial Intelligence (AI) advanced approaches, with emphasis on Machine learning (ML), Intelligent Robotics (IR) and Natural Language Processing (NLP) are developed all around the world, Computer Scientists (CS) are starting to be replaced by their artificial counterparts. However, the most skilled CS/AI professionals have increasingly well-paid top positions! This talk will focus on recent developments in the fields of CS, AI, ML, IR and NLP and the importance of developing excellent science and advanced research in these areas in the context of a successful and impactful PhD to be able to get a top position on a top international technological company. 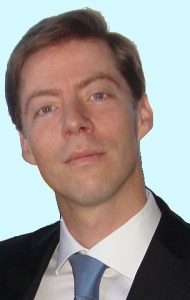 Luís Paulo Reis has BSc (5 years - 1993), MSc (1995) and PhD (2003) degrees in Electrotechnical Engineering (with specializations in Computer Science, Industrial Informatics and Artificial Intelligence/Robotics). He is an Associate Professor at the University of Porto in Portugal and Director of LIACC – Artificial Intelligence and Computer Science Laboratory. He is an IEEE Senior member, was President of the Portuguese Society for Robotics and is now President of APPIA - Portuguese Association for Artificial Intelligence. He is also Co-Director of LIACD - First Degree in Artificial Intelligence and Data Science. During the last 30 years, he has lectured courses at the University, on Artificial Intelligence, Intelligent Robotics, Machine Learning, Multi-Agent Systems, Simulation and Modelling, Games and Interaction, Educational/Serious Games and Computer Programming. He was the principal investigator of more than 25 research projects in those areas. He won more than 60 scientific awards, including winning more than 15 RoboCup international competitions and best papers at conferences such as ICEIS, Robotica, IEEE ICARSC and ICAART. He has supervised 22 PhD and 150 MSc theses to completion and is supervising 15 PhD theses. He evaluated more than 100 projects and proposals for FP6, FP7, H2020, FCT, and ANI. He was a plenary speaker at international conferences such as ICAART, ICINCO, LARS/SBR, WAF, IcSports, SYROCO, CLAWAR, WCQR and ECIAIR. He organized more than 60 international scientific events and belonged to the Program Committee of more than 250 scientific events. He is the author of more than 400 publications in international conferences and journals (indexed at SCOPUS/ISI WoK).

Doing a PhD is a complex and challenging path, but fruitful in the end. In this session, we will have testimonials from former ProDEI alumni, talking about their experiences during the PhD, the benefits and how their professional life evolve after the PhD. The invited speakers are João Pedro Dias, João Reis and Tiago Boldt, all of them provide different visions and currently working both in industry and academia.

If you are interested in finding opportunities to finance your PhD you should attend this session. Here will be presented FCT funding opportunities by Diana Santos from INOV FEUP and Professor Engénio Oliveira, a DEI Emeritus Professor. Among the topics addressed are the details of the application process, funding possibilities and questions clarification.

After the keynote speaker, it will be the turn of the current ProDEI PhD students to present their thesis status. Each presentation will have 10 minutes duration, where the topics addressed include Artificial Intelligence, Software Engineering, and Information Systems, among others. Professor Carlos Soares and Professor Augusto Sousa will moderate the session.