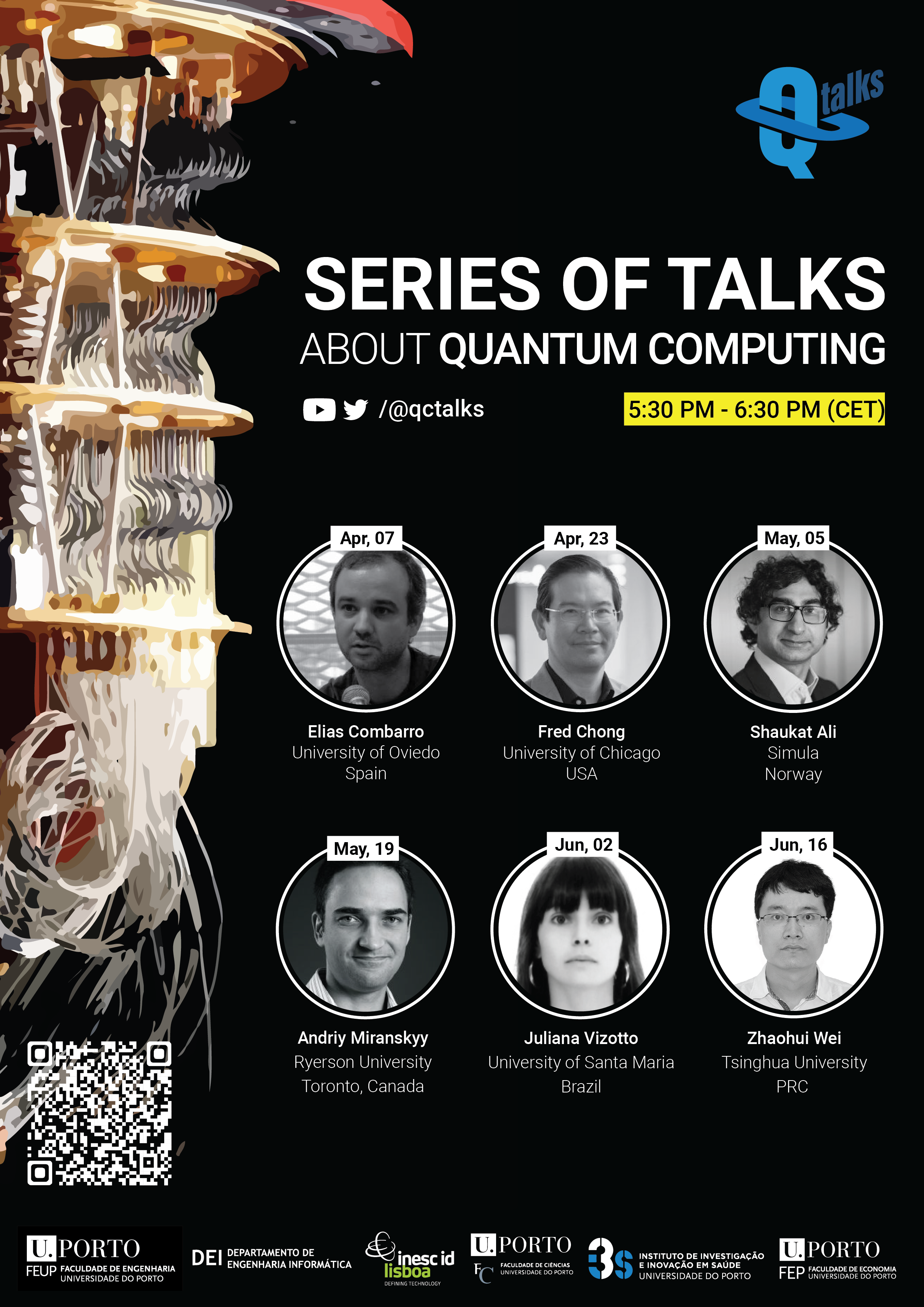 Title: Everything You Always Wanted to Know About Quantum Computing (But Were Afraid to Ask)

Short Bio: Elías F. Combarro holds degrees from the University of Oviedo (Spain) in both Mathematics (1997, award for second highest grades in the country) and Computer Science (2002, award for highest grades in the country). After some research stays at the Novosibirsk State University (Russia), he obtained a Ph.D. in Mathematics (Oviedo, 2001) with a dissertation on the properties of some computable predicates, under the supervision of Prof. Andrey Morozov. Since 2009, Elías F. Combarro has been an associate professor at the Computer Science Department of the University of Oviedo. He has published more than 60 research papers in international journals on topics such as Computability Theory, Machine Learning, Fuzzy Measures and Computational Algebra. His current research focuses on the application Quantum Computing to algebraic, optimization and machine learning problems. From July 2020 to January 2021 he has been a Cooperation Associate at CERN openlab and since February 2021 he is on the Advisory Board of SheQuantum.
Add to calendar 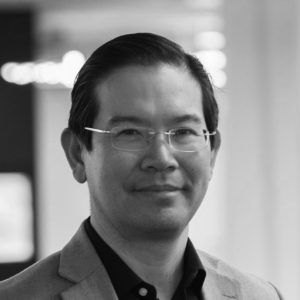 Quantum computing is at an inflection point, where 53-qubit (quantum bit) machines are deployed, 100-qubit machines are just around the corner, and even 1000-qubit machines are perhaps only a few years away.  These machines have the potential to fundamentally change our concept of what is computable and demonstrate practical applications in areas such as quantum chemistry, optimization, and quantum simulation.

Yet a significant resource gap remains between practical quantum algorithms and real machines.  A promising approach to closing this gap is to selectively expose to programmers and compilers some of the key physical properties of emerging quantum technologies.  I will describe some of our recent work that focuses on compilation techniques that break traditional abstractions, including compiling directly to analog control pulses, compiling for machine variations, and compiling with ternary quantum bits.  I will also describe other important verification challenges to be solved on the road to practical quantum computing.

Short Bio: Fred Chong is the Seymour Goodman Professor in the Department of Computer Science at the University of Chicago and Chief Scientist of Super.tech, a quantum software company. He is also Lead Principal Investigator for the EPiQC Project (Enabling Practical-scale Quantum Computing), an NSF Expedition in Computing. Chong received his Ph.D. from MIT in 1996 and was a faculty member and Chancellor’s fellow at UC Davis from 1997-2005. He was also a Professor of Computer Science, Director of Computer Engineering, and Director of the Greenscale Center for Energy-Efficient Computing at UCSB from 2005-2015. He is a recipient of the NSF CAREER award, the Intel Outstanding Researcher Award, and 10 best paper awards. His research interests include emerging technologies for computing, quantum computing, multicore and embedded architectures, computer security, and sustainable computing.  Prof. Chong has been funded by NSF, DOE, Intel, Google, AFOSR, IARPA, DARPA, Mitsubishi, Altera and Xilinx. He has led or co-led over $40M in awarded research, and been co-PI on an additional $41M.
Add to calendar 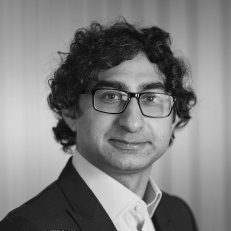 Abstract: Quantum programs implement quantum algorithms solving complex computational problems. Testing such programs is challenging due to the inherent characteristics of Quantum Computing (QC), such as the probabilistic nature and computations in superposition. This talk will present some preliminary works on testing quantum programs, including the assessment of input and output coverage criteria, optimal test generation with search algorithms, and mutation analysis to evaluate the quality of test cases generated for testing quantum programs. Finally, the talk will present future research directions along these lines.

Short Bio:Shaukat Ali is a Chief Research Scientist and Head of Department at Simula Research Laboratory, Norway. His research focuses on devising novel methods for the Verification and Validation of Cyber-Physical Systems. He has been involved in several basic research, research-based innovation, and innovation projects in the capacity of PI/Co-PI related to testing, search-based software engineering, model-based system engineering, and recently on quantum software engineering.
Add to calendar 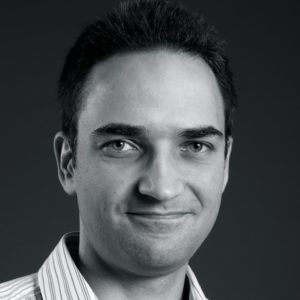 Abstract:Quantum computers have arrived. How their presence affects the evolution of legacy software? How can we improve the construction and testing of quantum software components? Let us explore some answers to these questions.

Short Bio:Andriy Miranskyy is an associate professor at the Department of Computer Science, Ryerson University. His research interests are in the area of mitigating risk in software engineering, focusing on large-scale software systems. Andriy received his Ph.D. in Applied Mathematics at the University of Western Ontario. He has 20+ years of software engineering experience in the information management and pharmaceutical industries. Before joining Ryerson, Andriy worked as a software developer in the IBM Information Management division at the IBM Toronto Software Laboratory; currently, he is the Faculty Fellow of the IBM Centre for Advanced Studies. He has served as a guest editor for several journals, as well as an organizer, committee member, and reviewer for several international software engineering workshops and conferences.
Add to calendar 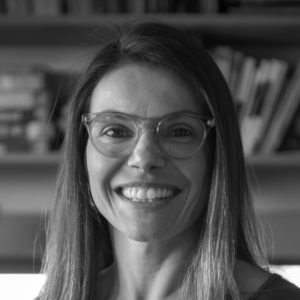 Abstract: One perspective on quantum algorithms is that they are classical algorithms having access to a special kind of memory with exotic properties. This perspective suggests that, even in the case of quantum algorithms, the control flow notions of sequencing, conditionals, loops, and recursion are entirely classical. There is however, another notion of control flow, that is itself quantum. The notion of quantum conditional expression is reasonably well-understood: the execution of the two expressions becomes itself a superposition of executions. The quantum counterpart of loops and recursion is however not believed to be meaningful in its most general form. In this work, we argue that, under the right circumstances, a reasonable notion of quantum loops and recursion is possible. To this aim, we first propose a classical, typed, reversible language with lists and fixpoints. We then extend this language to the closed quantum domain (without measurements) by allowing linear combinations of terms and restricting fixpoints to structurally recursive fixpoints whose termination proofs match the proofs of convergence of sequences in infinite-dimensional Hilbert spaces. We additionally give an operational semantics for the quantum language in the spirit of algebraic lambda-calculi and illustrate its expressiveness by modeling several common unitary operations.

Short Bio: Juliana Kaizer Vizzotto is a Professor of Department of Languages and Computing Systems at Federal University of Santa Maria/RS, Brazil. Her research interests are in the field of programming language semantics, functional programming, logics, quantum computing and quantum programming languages. She did her PhD in Computer Science (2006) at Federal University of Rio Grande do Sul (UFRGS) with collaborative period at Indiana University under advisoring of Amr A. Sabry (2004). In 2007, his doctoral thesis received the third place in the Brazilian Computing Thesis Contest provided by the Brazilian Computing Society (SBC).
Add to calendar 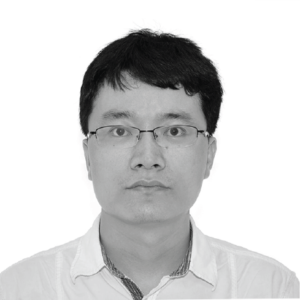 Abstract: Characterizing unknown quantum systems in a ‘device-independent’ manner, i.e., achieving this by making use only of the measurement statistics on target quantum system, without prior knowledge of its internal properties and device precisions, is a kind of useful tasks in quantum computation, which allow us to draw reliable conclusions with unreliable quantum devices. In this talk, we will introduce several theoretical results on how to quantify unknown quantum entanglement in a device-independent manner, which involve both bipartite and multipartite cases, and some results have been demonstrated experimentally.

Short Bio: Zhaohui Wei is currently an assistant professor at Institute for Interdisciplinary Information Sciences (IIIS) of Tsinghua University. He received his PhD degree in Computer Science from Tsinghua University in 2009, and his research focuses on quantum computing, computational complexity, and optimization theory.
Add to calendar