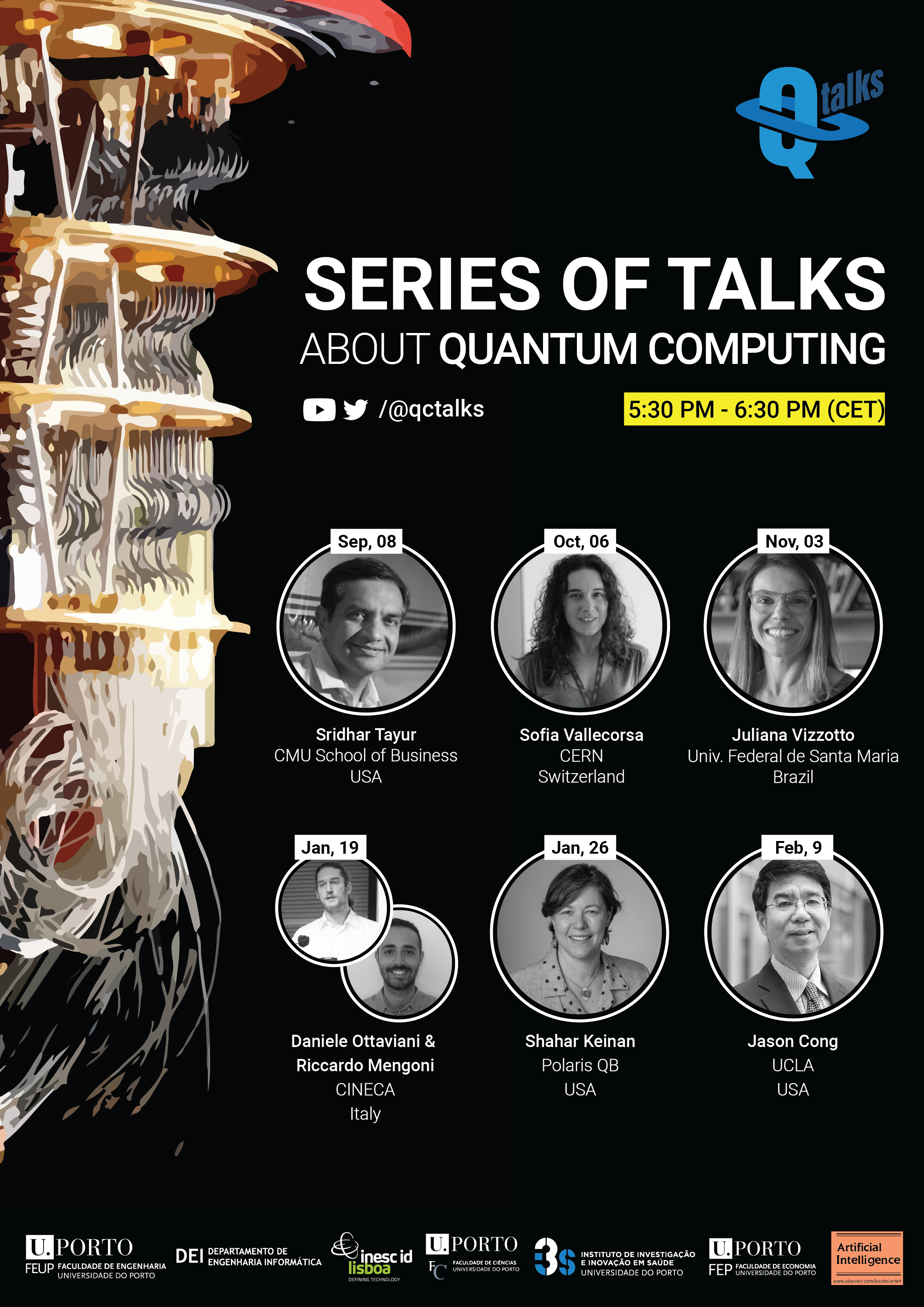 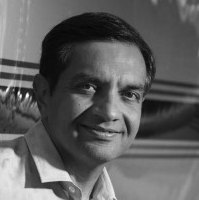 Abstract: Many applications in Operations Management, Finance and Cancer Genomics (and other areas) can be modeled as non-linear (and non-convex) integer programs. Quantum computing, in particular Ising models, provide an alternative way to tackle these hard problems. In this talk, I will provide an introduction to this new area of Quantum Integer Programming, based on the recent course that I taught at CMU (and was taught at IIT-Madras) last fall, in collaboration with NASA/USRA and Amazon.

Short Bio:Sridhar Tayur is the Ford Distinguished Research Chair and University Professor of Operations Management at Carnegie Mellon University’s Tepper School of Business. He received his Ph.D. in Operations Research and Industrial Engineering from Cornell University and his undergraduate degree in Mechanical Engineering from the Indian Institute of Technology (IIT) at Madras (where he is a Distinguished Alumnus Award winner). He is an Institute for Operations Research and Management Science (INFORMS) Fellow, a Distinguished Fellow of Manufacturing and Services Operations Management (MSOM) Society and has been elected to the National Academy of Engineering (NAE). He delivered a NSF Distinguished Lecture (sponsored by ENG, CISE and MPS Departments) in 2021: Novel Classical and Quantum Algorithms for Responsive and Resilient Supply Chains (and other applications). He has been a visiting professor at Cornell, MIT and Stanford.
Add to calendar 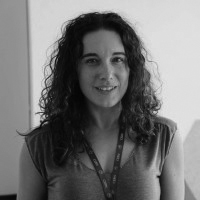 Abstract: The High Energy Physics community has a long tradition of using machine learning to solve specific tasks, in particular related to a more efficient selection of interesting events over the overwhelming background produced at colliders such as the LHC. In recent years, several studies have demonstrated the benefit of using deep learning techniques and building on these examples, many High Energy Physics experiments are now working on integrating deep learning into their workflows for different applications: from pattern recognition, to real-time selection of interesting collision events, to simulation and data analysis. At the same time, quantum computing represents a most promising breakthrough in computing technology. Today’s hardware has not yet reached the level at which it could be put into production but the number of R&D activities in terms of hardware, programming platforms, simulators and applications increases both in the academic world and industry. Given both the potential and the uncertainty surrounding this domain, it is important to understand which of our activities could most benefit from quantum computing algorithms. In this context, CERN has created a Quantum Technology Initiative to understand the potential of quantum technologies for High Energy Physics . This talk highlights the first generation of ideas that use quantum machine learning on problems in High Energy Physics and provide an outlook on future applications.

Short Bio: Dr. Sofia Vallecorsa is a CERN physicist with extensive experience on software development in the High Energy Physics domain. She obtained her PhD at the University of Geneva and worked on different experiments, from CDF to IceCube and ATLAS. Dr. Vallecorsa coordinates the Quantum Computing area of the CERN Quantum Technology Initiative, recently established. She is also responsible for Deep Learning and Quantum Computing research within CERN openlab (http://openlab.cern.ch) which is a unique public-private partnership between CERN and leading ICT companies. Before joining openlab, Dr. Vallecorsa has been responsible for the development of Deep Learning based technologies for the simulation of particle transport through detectors at CERN and she has worked on code modernization projects in the field of Monte Carlo simulation. 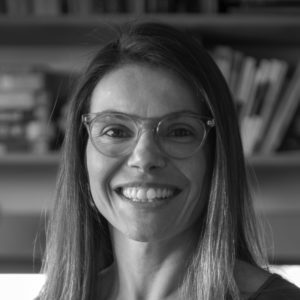 Abstract: One perspective on quantum algorithms is that they are classical algorithms having access to a special kind of memory with exotic properties. This perspective suggests that, even in the case of quantum algorithms, the control flow notions of sequencing, conditionals, loops, and recursion are entirely classical. There is however, another notion of control flow, that is itself quantum. The notion of quantum conditional expression is reasonably well-understood: the execution of the two expressions becomes itself a superposition of executions. The quantum counterpart of loops and recursion is however not believed to be meaningful in its most general form. In this work, we argue that, under the right circumstances, a reasonable notion of quantum loops and recursion is possible. To this aim, we first propose a classical, typed, reversible language with lists and fixpoints. We then extend this language to the closed quantum domain (without measurements) by allowing linear combinations of terms and restricting fixpoints to structurally recursive fixpoints whose termination proofs match the proofs of convergence of sequences in infinite-dimensional Hilbert spaces. We additionally give an operational semantics for the quantum language in the spirit of algebraic lambda-calculi and illustrate its expressiveness by modeling several common unitary operations.

Short Bio: Juliana Kaizer Vizzotto is a Professor of Department of Languages and Computing Systems at Federal University of Santa Maria/RS, Brazil. Her research interests are in the field of programming language semantics, functional programming, logics, quantum computing and quantum programming languages. She did her PhD in Computer Science (2006) at Federal University of Rio Grande do Sul (UFRGS) with collaborative period at Indiana University under advisoring of Amr A. Sabry (2004). In 2007, his doctoral thesis received the third place in the Brazilian Computing Thesis Contest provided by the Brazilian Computing Society (SBC). 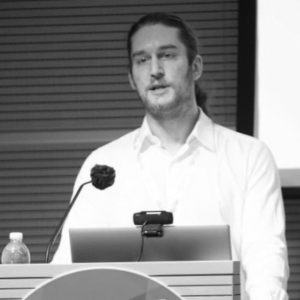 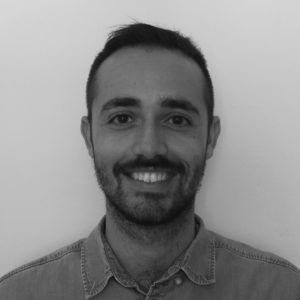 Abstract: The emergence of Quantum Computing (QC) is revolutionizing the way we compute. By exploiting the principles of quantum mechanics, QC has the potential to address and solve different classes of problems that cannot be treated with classical supercomputers alone. CINECA has always provided cutting-edge High Performance Computing (HPC) solutions and now it is paving the way for a radical paradigm shift in computing techniques that will lead to a profitable relationship between QC and HPC resources

Short Bio: Riccardo Mengoni obtained his master’s degree in theoretical physics at University of Camerino. He then moved to University of Verona for his PhD, where he worked on Quantum Machine Learning. In summer 2018 he was selected for the USRA Quantum Academy that gave him the opportunity to be a NASA intern working on quantum annealing applications. Currently he is a Quantum Computing specialist at Cineca Quantum Computing Lab.
Daniele Ottaviani is a Mathematician, since his master’s thesis and has been passionate about mathematical modeling and its applications. He completed his studies with a II level Master degree in “Scientific Computing”, where he deepened High Performance Computing (HPC), and with a Ph.D. in “Mathematics and Models”. Since 2013 he has worked as Research fellow at the Astronomical Observatory of Rome “Monte Porzio Catone”. Since 2018 he has been working in CINECA as HPC Software Developer, with a special active monitoring role for the nascent quantum technologies. Since 2020 he is the Coordinator of the CINECA Quantum Computing Lab” 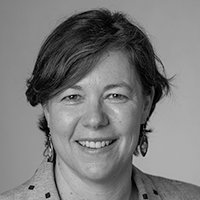 Abstract: Polaris Quantum Biotech (POLARISqb), the first drug discovery platform built on a quantum computer, is transforming health for people everywhere by revolutionizing drug design with the acceleration of lead time for preclinical drug candidates. Drug development begins with drug discovery – a three year and $4 million dollar process. The POLARISqb drug design platform enables real-time adaptability by compressing the lead time for preclinical drug candidates from years to months. We are using quantum computers to solve a quadratic unconstrained binary optimization (QUBO) problem by identifying lead compounds from virtual libraries of billions of molecules. Here we will discuss previous work on rapid design of lead-like compounds for the Dengue viral RNA-dependent-RNA polymerase (RdRp) and how we can apply the POLARISqb platform to other pharmaceutical targets.

Short Bio: Dr. Shahar Keinan is the co-founder and CEO of Polaris Quantum Biotech. She has over 20 years of extensive experience in the field of computational and theoretical chemistry and published over 50 peer-reviewed manuscripts in the fields of in-silico drug design and discovery, as well as molecular materials design and computational methods development. She has a Ph.D. in theoretical chemistry and was previously the CSO of Cloud Pharmaceuticals.

Abstract: As quantum computing devices continues to scale up, we would like to access the quality of the existing quantum compilation (or design automation) tools. As the first step, we focus on the qubit mapping and scheduling step (also called layout synthesis). We develop a novel method to construct a family of quantum circuits with known optimal, QUEKO, which have known optimal depths and gate counts on a given quantum device coupling graph. With QUEKO, we evaluated several leading industry and academic LSQC tools, including Cirq from Google, Qiskit from IBM, and t|ket> from CQC. We found rather surprisingly large optimality gaps, up to 45x on even near-term feasible circuits. Then, we went on to develop a tool for optimal layout synthesis for quantum computing, named OLSQ, which formulates LSQC as a mathematical optimization problem. OLSQ more compactly represents the solution space than previous optimal solutions and achieved exponential reduction in computational complexity. Further enhancements to OLSQ can be made for domain-specific quantum applications. We shall highlight two such applications: quantum approximate optimization algorithm (QAOA) by exploiting gate commutation and chemical simulation via optimal swap gate absorption. (Joint work with my PhD student Bochen Daniel Tan).

Short Bio: JASON CONG is the Volgenau Chair for Engineering Excellence Professor (and former Department Chair) at the UCLA Computer Science Department, with joint appointment from the Electrical Engineering Department, the director of Center for Domain-Specific Computing (CDSC), and the director of VLSI Architecture, Synthesis, and Technology (VAST) Laboratory. Dr. Cong’s research interests include novel architectures and compilation for customizable computing, synthesis of VLSI circuits and systems, and highly scalable algorithms. He has close to 500 publications in these areas, including 16 best paper awards, three 10-Year Most Influential Paper Awards, and the first paper inducted to the FPGA and Reconfigurable Computing Hall of Fame. He and his former students co-founded AutoESL, which developed the most widely used high-level synthesis tool for FPGAs (renamed to Vivado HLS after Xilinx’s acquisition). He was elected to an IEEE Fellow in 2000, ACM Fellow in 2008, the National Academy of Engineering in 2017, and the National Academy of Inventors in 2020.