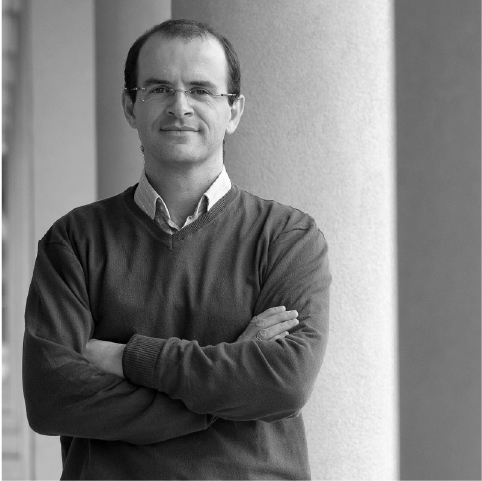 Jaime Cardoso obtained the Licenciatura (5-year degree) in Electrical and Computer Engineering in 1999, the MSc in Mathematical Engineering in 2005 and the Ph.D. in Computer Vision in 2006, all from the University of Porto. Cardoso is an Associate Professor with Habilitation at the Faculty of Engineering of the University of Porto, where he has been teaching Machine Learning and Computer Vision in Doctoral Programs and multiple courses for the graduate studies. Cardoso is also the Coordinator of the Centre for Telecommunications and Multimedia of INESC TEC. From 2012 to 2015, Cardoso served as President of the Portuguese Association for Pattern Recognition (APRP), affiliated in the IAPR (International Association for Pattern Recognition). Cardoso is also a Senior Member of IEEE since 2011. His research can be summed up in three major topics: computer vision, machine learning and decision support systems. Cardoso has co-authored 230+ papers, 70+ of which in international journals. Cardoso has been the recipient of numerous awards, including the Honorable Mention in the Exame Informática Award, in software category, for project “Semantic PACS” and the Portuguese Society of Senology Award for the outstanding scientific activity in breast research. Further information related to Cardoso’s research can be found at http://www.inescporto.pt/~jsc/